On October 19th, Iraqi writer and literary translator Sinan Antoon visited Stockholm University for an afternoon lecture entitled “Living Here and There: Travel and Exile in Arabic Literature.” Antoon’s talk was attended by an interesting mix of Swedish Arabic-language teachers and students, and some Arab exiles and “in-betweeners,” those who are neither fully at home in their countries of origin (having left those countries too young) nor fully comfortable in an established diaspora community (having arrived here too old).  In many ways, the perfect audience for a discussion of exile in Arabic literature.

Antoon examined the tensions of exile, violence and nostalgia in poems by Iraqi poets Saadi Youssef and Sargon Boulus. The paradoxes of Youssef’s “Nostalgia, My Enemy” paved the way for the discussion. On the one hand, there is Youssef’s focus on the singularity of the moment, and of the particularity of his locations (such as in his description of English settings, which as Antoon noted, deserves further study). On the other hand, Yousef’s poetry is suffused with a deep nostalgia for a failed national dream. In “A Desperate Poem”, for example, we read: “[t]he country we love was finished / before it was even born / The country we did not love has claimed / the blood left in our veins” (71). Here, Youssef depicts the postcolonial nation as a vampiric force, while the longed for country remains unborn.

At one point in the discussion, Antoon read a line where the translation was not quite decided. I can only imagine how complex it is to render Boulus’ myth-infused poems into English, whether the apocalyptic violence explored “A Portrait of an Iraqi Person at the End of Time,” or the quieter, devastating questions of “The Child of War”:

How long has this war gone on, child?
How many nights has it been at the bottom of which well?
What eternity of pain coming from all directions?
What would the four-star general have done
had they deprived his child of her milk for one day?

As with Mahmoud Darwish’s poetry (set to music by artists including Marcel Khalife and Le Trio Joubran), the intensity of some of Boulus’s poetry seems particularly suited to being “translated” into music. “Holako”  and “The Corpse” by Alif, based on poems by Boulus, bears this out.

By chance, the week after Antoon’s visit to Stockholm, I attended a talk given by Stacey Lyn Peebles on American literature and the Iraq war. Peebles mentioned Hassan Blasim’s The Corpse Exhibition (2014) and Ahmed Saadawi’s Frankenstein in Baghdad (2013) as well as Antoon’s novel, Waḥdahā shajarat al-rummān (2010) (The Pomegranate Tree Alone – The Corpse Washer being the title of the English translation). The mention of these three writers was part of a broader discussion of novels dealing with US soldiers’ experiences within a War on Terror framework – although, as Peebles noted, the vagueness of “War on Terror” makes it a particularly meaningless term in relation to texts about wars in several different countries, countries which were drastically changed by the years of conflict. 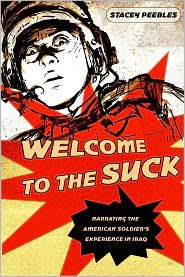 Comparing Antoon and Peebles’ analysis, and the texts they discussed, it is impossible to ignore their very different time-frames. As Antoon has put it elsewhere, for Iraqis the 2003 invasion was a third act, preceded by the Gulf war, and then the years of the sanctions. Antoon’s analysis and translation of the works of Iraqi poets living in exile for decades situated the war as they experienced it, as this third act. Antoon’s own novels have the same longer time-frame, including Waḥdahā shajarat al-rummān, which gives the reader an insight into the Iraqi Shia community and how it was impacted by Saddam’s regime, the multiple wars, the post-war disorder, and the emigration of so many of the middle class. In contrast, Peebles discussed works that emerged in the context of a post-9/11 world, many of these texts being the product of writing workshops for US army veterans. What then could come out of bringing these different Iraqi and American experiences of the war, these different time-frames, into dialogue? And what would be lost?

Antoon addresses these questions in part in his article “Embedded Poetry”, on an Iraq war veteran’s poetry collection, Brian Turner’s Here, Bullet. He raises questions about the rush to translate the collection into Arabic. Being resistant to translation is not seemingly an “enlighted” position to take, according to the view held by Hashem Salih and others that “the Arabs exited history” when they stopped translating (the old Beit al-Hikma nostalgia). And of course, translation has been central to Antoon’s own work, not only in his poetry translations, but also in his self-translation (for which he won the Saif Ghobash Banipal Prize). However, in this article on Turner’s work, Antoon does not find it convincing to celebrate translation simply because it offers the perspective of “the other”, as he argues that the decontextualization, the erasure of Iraqis from even the cover of Turner’s text, cannot be seen as bridge-building work. I was intrigued by another question Antoon mentions – in the poem where Turner includes the word habib, defined as love, how would you translate this mistranslation into Arabic?

The complexities of translation were raised in a different context after Antoon’s talk, as the discussion turned to the recent phenomenon of Arabic works focusing on minority communities. This effort to write about ethnically cleansed communities by outsiders might seem laudable both in and of itself and as a way to explore social and political changes during the second half of the twentieth century. Too often however, these representations are not about representing this community as much as using it to construct a political message (and, also, not incidentally, to write a marketable book). This focus on minority characters has become something of a trend, as writers seek to attract interest from international publishers – which brings up the question of what happens to an Arabic literature written for translation, in answer to what Antoon has elsewhere called “cultural interrogation.” Further compounding the problem, when this literature is then duly translated, it is validated at home. As Mourid Barghouti puts it in, “in these strange days, the Arab writer chases after the opportunity to be translated so that his local value rises, as though he wants to be read by the English to be known by the Arabs.” The issue here seems not to be translation itself, but the value that the Arab world currently places upon being translated into Western languages.

To return to Antoon’s work, avoiding these twin difficulties of cultural interrogation and validation is clearly important both for his translations and for his novels. As he put it in an interview in 2010:

I always joke to my friends and say that I can have a bestseller…All I need to do is write a novel about a little Iraqi Christian boy who gets molested by his Muslim neighbor, or better yet, by an imam, but then leaves Iraq and comes to the United States and finds freedom and solace!

In the same interview, Antoon mentions a “real story” that he as to be careful with because it might seem to respond to this framing, and he “want[s] to write it without falling into these traps.” This awareness too is part of literature being, as Rebecca Walkowitz puts it, “born translated”, ready to go on bookshelves in all the major literary capitals of the world.

Antoon did not speak much of his own work during his talk, although Dr Tania Al Saadi, who introduced him and organised the seminar, mentioned that we had the translation of Ya Maryam to look forward to (forthcoming from Hoopoe in Spring 2017, under the title Baghdad Eucharist). To this, Antoon commented that the title was again, (as with The Corpse Washer) not his choice:  a reminder that the reception of the translated work often has to do with marketing and framing as well as with the translator’s work to “liberate the language imprisoned in the work by rewriting it.”