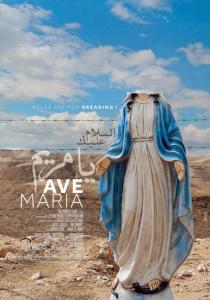 With the 88th Academy Awards ceremony to take place this Sunday, Al Bawaba looks back at nine films from the region to be nominated for an Oscar, including
Hany Abu Assad’s Paradise Now (2005) and Omar (2013), and Rachid Bouchareb’s Days of Glory (2006) and Outside the Law (2010), but also Incendies (2010), adapted from Wajdi Mouawad’s play.

This year Basil Khalil’s short Ave Maria, which “takes a comedic look at an encounter between a Jewish settler family and Palestinian nuns in the West Bank”  becomes “the first Arab film to run for an Oscar in the Live-Action Short Films section category.”

Mahdi Fleifel’s A Man Returned,  a short documentary about the battle of a Palestinian refugee trying to reach Europe, was the runner-up in the Short Film category,.

“This last week, I have been asked a great deal why I only make films about refugees. And my answer has been, ‘Because I am one’,” said Fleifel as he picked up his award.Himself a Palestinian refugee who came to Europe at the age of nine, Fleifel tells of the struggles of Reda, a Palestinian who leaves a refugee camp in Lebanon but finally returns after ending up on the streets of Athens, where he becomes a heroin addict.

Fleifel’s previous film about the refugee camp of Ein el-Helweh and his own experience as a refugee in A World Not Ours (2012), received the Peace Film Award. Below he also speaks about the practicalities of documentaries qualifying for an Oscar nomination.