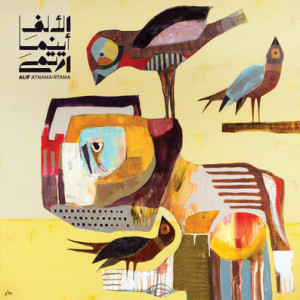 Electronic Intifada describes Alif as “a kind of alternative Arabic supergroup.” CairoScene calls them “A motley crew of the Arab world best loved underground musicians.” Both agree that their debut album, Aynama-Rtama, is very, very good – as would be expected from a group comprised of Khyam Allami, Tamer Abu Ghazaleh, Khaled Yassine, Bashar Farran and Maurice Louca.

There was much made of new alternative and indie music during the so called Arab Spring. Rap in Arabic in particular received a brief blip of attention, disappointingly, often at the cost of more in-depth analysis of the situation. So you ended up with slogans like The Hip-Hop Rebellion.

This is not to say that there is not something new happening, and not only when it comes to hiphop and rap groups like Khotta Ba, Dam and Shadia Mansour, Iraqi-British Lowkey, Iraqi-Canadian The Narcicyst,  or Lebanese-Algerian Malikah. Although it continue to be dominated by the artists from the Levant, alternative music is now thriving, with groups like Mashrou’ Leila, El Morabba3, Akher Zapheer, Autostrad, Khalas, Tarabband and Jadal.

These are musicians doing new and wonderful things, decisively breaking away from the “schlocky sentimental love songs” of Arab pop music, as  Liath Ulaby puts in this talk:

Their self-produced debut, Aynama-Rtama (Arabic – translated as Wherever It Falls) is a reflection of its time and environment. Recorded between Beirut and Cairo in 2014, it is a shape-shifting album that twists and turns when you least expect it. From the lead track Holako (Hulagu) – featuring a poem by late Iraqi poet Sargon Boulus (1944-2007) rendered into song for the first time – the band immediately reveal their intention. Louca’s gritty electronic percussion melds with Allami’s rhythmic oud, and builds until the explosion of a driving rhythmic section, backing Abu Ghazaleh’s frenzied Buzuq, leads to a cinematic climax of soaring strings and raging drums.

The album is out on September 4. You can and should pre-order the album here and here. 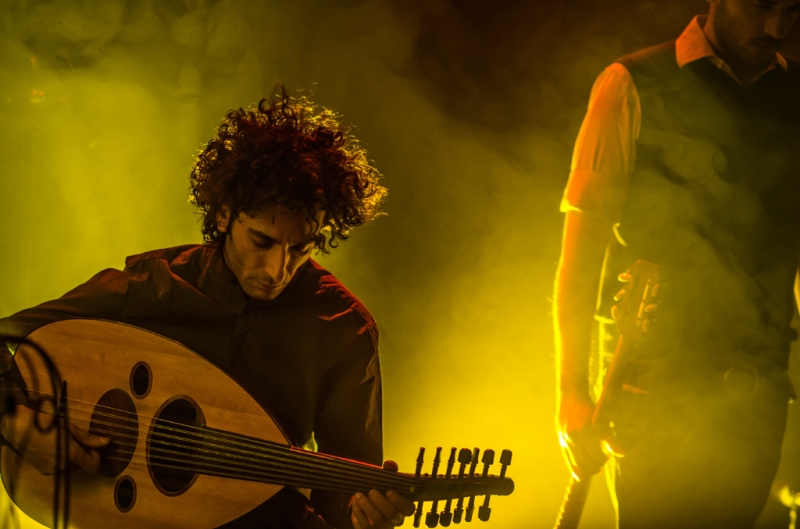 But until then, you can listen to the first song here. The song, Holako (Hulagu), is based on a poem by late Iraqi poet Sargon Boulus. Boulus actually has two poems featuring Hulako: Hulako A New Series and Hulako Praises himself. You can read the first in Arabic here.