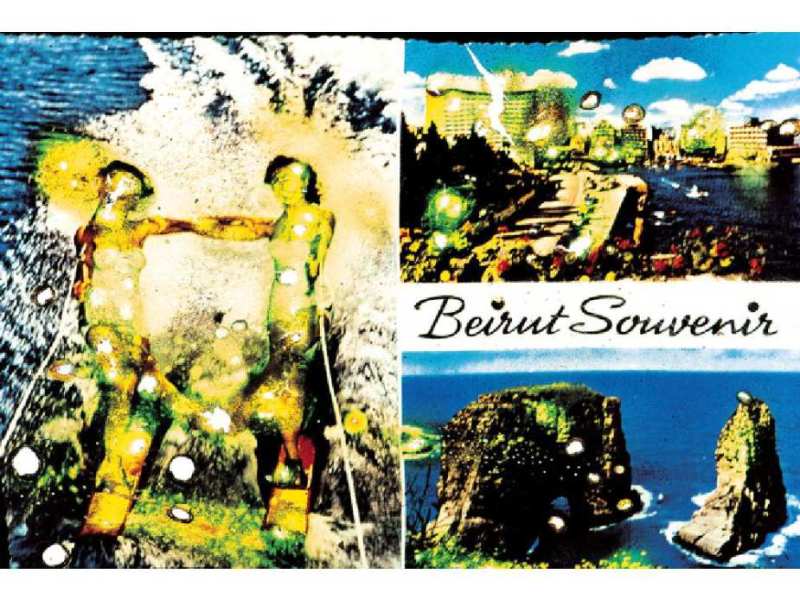 An exhibition of the Wonder Beirut project by creative partners Joana Hadjithomas and Khalil Joreige is on exhibit at CUAG until April 14th. The artists describe the project, which they worked on from 1997 to 2006, as “our production of postcards of war,” inspired by the contrast between the touristy postcards and the reality of the city after the Lebanese civil war.

The fact that these postcards reappeared on the stands of stationery shops as if nothing had happened, although the buildings they represented had been defaced or destroyed by the bombing, prompted us to reject the dominant and nostalgic image that annihilated our actual experience…Burning those images to make them correspond to our present life may be considered an iconoclastic gesture, or rather, as Bruno Latour described it, an ‘iconoclash’, but it’s more about exploring the way history is being written and searching for images and representations we can believe in. 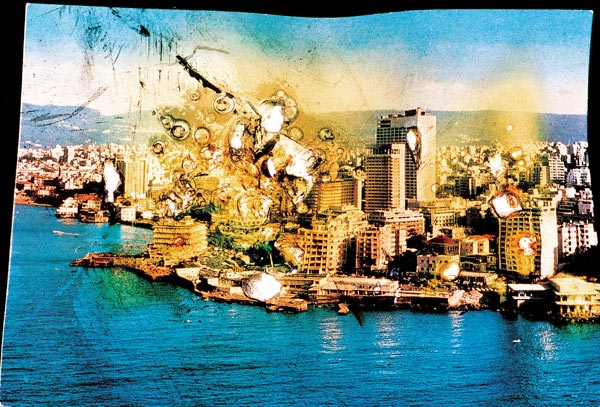 The artists describe their artistic practice as beginning “in the early 1990s in response to the violence generated by the Lebanese civil war” and the deliberate erasure of the memories of the war:  “It seemed to us that the war had been put between brackets, considered as an accident, and that things were not really resolved.”

Khalil Joreige spoke at Safar 2014 about Al Bayt el Zaher (Around the Pink House, 1999), mentioning this impetus to react to the war.