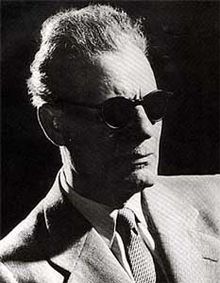 Taha Hussein’s autobiography Al-Ayam, (The Days) originally serialised in Hilal and then published as a three-part book, is written in the third person, and as Roger Allen notes the book is given a touch of gentle irony by this sense of detachment from  the protagonist, who is described as “the boy”  and later “the young man.”

It is written in classical Arabic except for a few marked cases in dialogue where the dialect is rendered usually for comic effect.  This is not surprising, given what Hussein thought about the colloquial:

The colloquial lacks the qualities to make it worthy of the name of a language. I look on it as a dialect that has been corrupted in many respects. It might disappear into the classical if we devoted the necessary effort on the one hand to elevate cultural level of people and …simplify and reform the classical.

Here’s a thesis on the subject of colloquial language in the arts in Egypt and its relationship to nationalism.

Interestingly, the transfer to the third person in The Days begins already in the preface, written for the edition in Braille in 1954, where Hussein writes, ”those of you who are blind will see a friend of theirs in the days of his childhood, affected by the same affliction as their own, though he knew nothing of yet, only noticing little by little the difference between him and his siblings” (my quick translation).

The first part is I think my favorite, both humorous and touching, such as when he describes his fear of eating in public and links it to the similar fear expressed by his hero and role-model Al-Maari.

Taha or “the boy” becomes a sheik at age nine, having learnt the Quran, but then he forgets it, relearns it, and forgets it again. When his brother comes home from Al Azhar for the summer, he teaches him from Alfiat Ibn Malik and Majmua al-Mutun. The boy knows from a young age that his destiny is to go to Azhar but each year it is delayed until he is thirteen. The first part draws to a close with the death first of his sister and then of his brother of cholera, and finally a passage in which he addresses his young daughter, hoping that she would not know the deprivations he knew, and telling her that he got through all this because he had a “guardian angel” looking out for him.

The second part describes his experience at Azhar, the classes his brother takes him to from morning to afternoon, and the loneliness of the evenings, as his brother leaves him to go visit his friend in another room, their laughter reaching him while “the boy” is in his room alone, waiting for his brother to return. He describes friends and others who were not friends but whose voices he remembers, and he describes the politics of Al-Azhar.

He describes lingering over sentence he is obsessed by: “alhaq hadm alhadm,” truth destroyed destruction.

The strange thing about this section is that it keeps restarting. Hussein writes about a character or an event, and then ends the chapter with a sentence such as “This was their environment then”  and the next chapter might go back and start a few days after the brothers arrived in Cairo, relating some other interesting incident. The effect is like repeating a day over and over, like the monotony “the boy” describes.

Towards the end of this part, his brother finishes his studies, and he has to get a servant to help him and the conclusion comes with the narrator addressing “his son”: “Here you are then my son, abandoning your country and your city and your home and leaving your family and friends and crossing the sea at this young age to seek knowledge alone in Paris. So let me present you with this story, perhaps you will find peace in it between the hardships of your studies of Latin and Greek.”

The third part is set in the university, “the young man” now having moved from Al Azhar, and found great joy at the university, learning about the pharoahs from Egyptian professors who engaged rather than lectured their students (another nationalism related article, on the collapse of neo-pharonic nationalism). He also describes learning about foreign literature and history with professors from the west. Here a point might be made about Hussein’s “Westernizing tendency,” which he was criticized for by among many others the now infamous Sayyid Qutb, in his Critique of the Future of Culture in Egypt, which takes to task Hussein’s book The Future of Culture.

Hussein does have a “Westernizing” tendency of course especially when it comes to education, not simplistically, but more as someone who believes that modernising requires learning from others. There’s a humorous scene in the book, where he describes students boycotting an Italian professor because Italy had declared war on Turkey and sent ships to invade Tripoli, to which the Italian professor retorts: “you’re like the man who wanted to anger his wife so castrated himself.”

Hussein describes his lampooning of figures in newspapers and meeting  the feminist Nabawiyaa Musa, and also describes wanting to learn French when he hears about its literature. It is at this point that the idea of going to Europe is put into his mind by his mentors. The next part of the book describes his struggles to convince the board he should be allowed a place on the program, with unceasing letters coming from him, even as the outbreak of the first world war delays the program. Eventually he succeeds, having written his thesis on Al Maari, and reaches France. There he does well in his education, writing a thesis on Ibn Khaldun, and meeting and then marrying a woman who moves from being his reader to assistant to wife. (Suzanne Bresseau wrote her own memoir later)

Hussein also describes meeting Saad Zaghloul, and a political discussion he had with him about independence, and how it should be achieved.

Saad later becomes estranged from him, Hussein relates, after he gives a speech identifying three people responsible for Egypt’s awakening to awareness: Muhammad Abdu for free thinking, Mustafa Kamal for political freedom, and Qasim Amin for social freedom. Of course this is then exacerbated by the reaction to Hussein’s book on Pre-Islamic Poetry, and Saad joining the opposition to it. (Opposition which, as is the case with Jurji Zaydan, still finds contemporary voices, such as this outdated page identifying Taha Hussein as a traitor.)

Eventually, we are told “the young man” became engrossed in politics, or rather “drowned in politics up to his ears” and everything else in his life, good or bad, came from politics.

The autobiography ends with a line of poetry – not from Al Maari this time but from Abu Nawas:

6 thoughts on “Taha Hussein: The Days”